Since Assemble won the Turner Prize this year, I’ve been a little alarmed (as many others have I’m sure) at the level of hysterical (borderline vitriolic) response this has drawn from some quarters. Whilst watching the Turner Prize Final itself, I was particularly struck by the conservatism of the programmes hosts and, more surprisingly, the glib reasons they gave for why they thought Assemble should not win it (though both suspected they would) and why it might not be art? Whilst I’m open to debate on any level – indeed that’s surely the point of art now, maintaining some kind of debate in an increasingly insturemtalized consensus culture – I’m quite bemused how the idea of useful art can be so wilfully misinterpreted as a depoliticised and utilitarian opposition to a somehow free, autonomous and ‘useless’ art. If nothing else, this debate – however low its level – does really seem to indicate that useful art has finally breached the sanctity of cultural elitism. 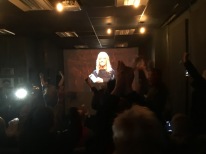 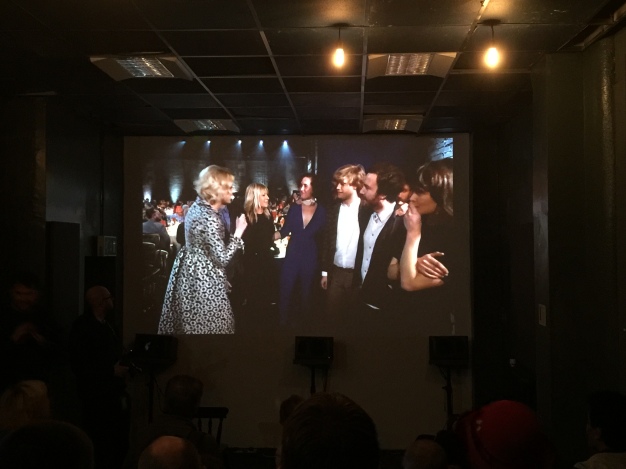 Anyway, I have uploaded a response to the current e-Flux debate ‘Teleology and the Turner Prize or: Utility the New Conservatism‘. Also, as I passionately believe what I say, I’ve also added it below as, for what it is worth, a statement of intent.

I was lucky enough to be invited by the Granby 4 streets community to watch a live screening of the Turner Prize Award at the Small Cinema in Liverpool on Monday 6th December. Two things struck me immediately.  First was the energy, vibrancy and excitement at the Cinema. The talk, pre-prize announcement was of ‘our’ project, of collaboration and co-production of the project. There was really no sense of them an/or us, of a community being used by artists for cultural gain or capital in a separate and distant venue. Nor was there any sense present of the real and familiar division between the ‘art’ world and the ‘real world’. This really was unusual. After all of my years working in the arts I can truly say I have never experienced such a sense of shared experience through art. When Assemble were announced as winners, the celebration was incredible – more like being at a festival, or winning a football match, than being at an art event. The second thing that struck me, and which has continued in some lines of discussion since, is a sense that Assemble winning this prize is somehow beyond the pale – that, in a world where anything can be art (and, let’s face it, this has been a worthwhile defence of the incredible contribution that contemporary art can make to culture, politics and society for many decades) this project was somehow not. As if, by merely questioning some of the rules that  usually get identified as being the founding principles of critical inquiry in contemporary art (authorship, objecthood, market, audience participation etc.), on terms that don’t somehow covertly propagate the organizing principles of that artworld (the sovereignty of the author artist, the co-dependency of artwork and art market, the ultimately necessary division between artist/artwork and audience), that Assemble’s work could somehow not count as art and, therefore, should be condemned to the conservative dustbin of neoliberal complicity. Really? Is the only thing left for the true conservatives of the art world, those who hide behind the elitist garb of false radicality, to accuse anybody else who refuses oligarch funded onamism of conservatism?

Let’s put this into some context – as far as I know, Granby 4 Streets Community Land Trust grew out of the tradition of left wing radicalism epitomised by Liverpool in the 80s (of which, I admit, I too am a product). More specifically, the Granby 4 Streets Community itself is a hard won legacy of the infamous ‘Toxteth Riots’, which took place in 1981. After the riots the government closed off roads, effectively ghettoising Toxteth, and gave money to Liverpool for a Garden Festival, the Albert Dock renovation (where Tate moved its first outpost of course). In doing so, Thatcher’s government effectively modelled Europe’s (and probably one of the world’s) first attempt to re-develop a failing post-industrial economy solely through service industry/tourism and leisure. This strategy, as we all know, has long since evolved into a neobliberal framework of global economic infrastructure – one within which the contemporary art market has thrived.

My point is simply this, art in and for itself (whatever that might or may be) can offer no automatic alterity to the structures of neoliberalism. What counts is how art, like any of the possible remaining means of self and community based opposition, is or can be used in a world which controls through the attempted occupation of everything, everywhere, now. There are no longer any formulae or frameworks which can guarantee opposition – we have to work, continually and together, to find ways and means of imaging both new futures and present solutions.

If this is so, and it seems to me pretty obvious that it is (however unpalatable this may be, and however far away simple solutions may now seem) it also strikes me that holding on to the comfort blanket of an over-simplistic bifurcation between useful and useless art – where the latter is somehow ethical, autonomous, pure anti-capital – is now naive and untenable. As far as I understand it, the idea of a ‘useful art’ is to refocus on how art is used, or the uses that art can be put to, as a political and oppositional imperative. If this is so, then ‘useful art’ does not somehow denote an overly simplistic faith in neoconservative forms of instrumentalized utilitarianism. On the contrary, the most utilitarian art for neoliberalism today would surely be those object/commodities which drive a spectacular ‘visitor’ led economy of blockbuster drudgery. To call this kind of art useless, and to attempt to dress it up in the garb of radical alterity is, in effect, to complicity exercise the worst kind of neoliberal ideology – and here I take ideology in the old fashioned Marxist sense of the word – as a wilful misrepresentation of the truth in the interest of a dominant class.